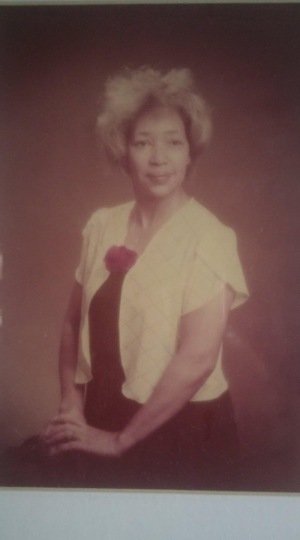 Ms. Mary Magdalene George was born January 25, 1932 to the parentage of Louise Carr and Clarence George. To this union six children were born.

Ms. George started in Dallas Independent School District in 1988 as a Custodian at Franklin D. Roosevelt High School, she later moved to Lakewood Elementary School were she was promoted to Lead Custodian until her retirement in 2001. She joined Greater Golden Gate Missionary Baptist Church in 2001 under the leadership of Pastor F.K. Jacko were she served as a faithful and dedicated member, a member of  the Sanctuary Choir, member of the Esther Circle, and member of the Mother’s Board until her health started to decline.

She leaves to cherish her precious and fond memories. Son; George B.  Napper. Sister; Hollie N. Gee and Brother; Frank E. Gee, Jr (Diana) all of Dallas, Texas. And a host of nieces, nephews, cousins, and relatives.

Final and most sacred obsequies entrusted to the loving and compassionate care of Bethesda Memorial Funeral Directors and Crematory Services, LLC and the care of her beloved nephew, Kevon L. Gee.

To send flowers to the family or plant a tree in memory of Mary Magdalene George, please visit our floral store.

Video is available for this event

Please note
Per Greater Golden Gate Missionary Baptist Church Due to COVID-19 and to ensure Social Distancing is properly being applied only the immediate family will be allowed in attendance. Masks are REQUIRED.
Share a memory
© 2021 Bethesda Memorial Funeral Directors & Crematory Services, LLC. All Rights Reserved. Funeral Home website by CFS & TA | Terms of Use | Privacy Policy